skip to main | skip to sidebar

The following story is in response to Patti Abbott's Drabble challenge.
http://pattinase.blogspot.com/2012/06/drabble-challenge.html 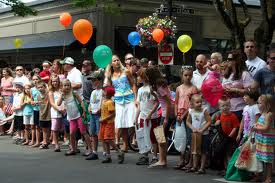 He knew I was bringing the kids here today. Did he listen to nothing I ever said? Did he pay that little attention to us? Apparently it wasn't enough that he had to sleep around, not enough that he had to parade his whore around from bar to bar, he had to invite her up onto his S.A. Plumbing float on the town's Fourth of July parade for everybody to see. For our children to see, and their friends to question. I can't even begin to guess what he was thinking, but I certainly know what I am. Independence Day. 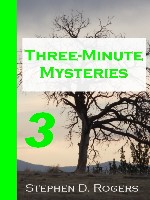 Win a FREE copy of Three Minute Mysteries 3 for the Kindle.  www.StephenDRogers.com/Contests/03312012.htm
Posted by Stephen D. Rogers at 10:47 AM No comments:

A Dictionary of Made-Up Languages 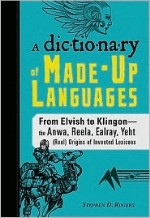 A Dictionary of Made-Up Languages

A Miscellany of Murder 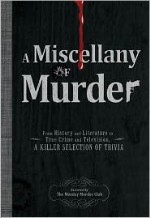 A Miscellany of Murder: From History and Literature to True Crime and Television, a Killer Selection of Trivia Executed by the Monday Murder Club 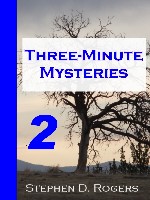 Three-Minute Mysteries 2:  twenty-five MORE mysteries you can solve on your eReader. 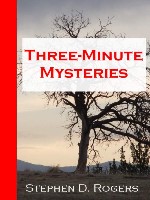 Three-Minute Mysteries:  25 mysteries you can solve on your favorite eReader.

If you know anyone who likes solvable mysteries, you can point them in the direction of the new THREE-MINUTE MYSTERIES - 25 mysteries you can solve.

The book is available for the Kindle, the NOOK, and at Smashwords. (The other ebook distributors are in the works.)

http://www.stephendrogers.com/Anthos/Three-MinuteMysteries.htm
Posted by Stephen D. Rogers at 5:00 PM No comments:

Stephen D. Rogers
Stephen D. Rogers is the author of A DICTIONARY OF MADE-UP LANGUAGES, co-author of A MISCELLANY OF MURDER, and the award-winning writer of more than 700 shorter pieces. His website, www.StephenDRogers.com, includes a list of new and upcoming titles as well as other timely information.